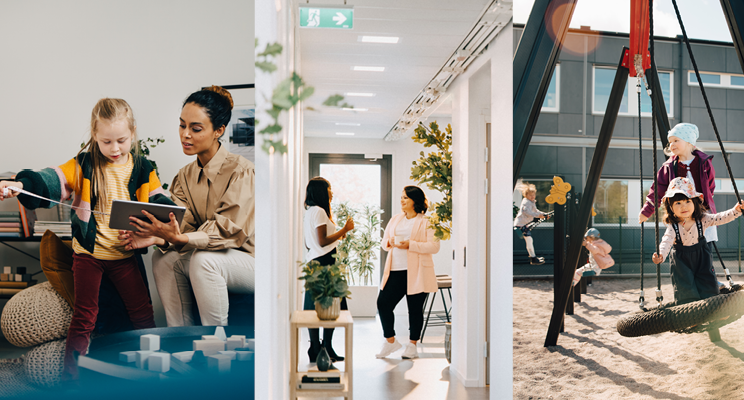 Today marks the two-year anniversary of Adapteo becoming an independent company, listed on Nasdaq Stockholm. Since the start, schools for approximately 75,000 students have been built and the Group’s international presence has increased with the acquisitions of Dutch Cabin Group in the Netherlands and Stord Innkvartering in Norway. Adapteo has also established itself as a strong voice for sustainability, pushing for a more circular construction and real estate industry.

As Adapteo celebrates its second anniversary, it does so as a much larger company. The expansion was made possible by establishing operations in new markets, moving into new customer segments, and by growing the existing business.

Just as for society at large, the pandemic has affected Adapteo's operations. But it has also shown the need for flexible buildings – Adapteo is proud to have been able to contribute with quickly developed, tailor-made premises to increase the capacity for testing and vaccination against covid-19.

Despite these extraordinary market conditions, Adapteo is a much larger company today than it was when it was listed on the stock exchange. During the first quarter of this year, sales were 20 percent higher than in 2020. And last year, the number of employees increased from 372 to 505.

During these two years, Adapteo has substantially accelerated its ambitions in sustainability, with the goal of being one of the most sustainable companies in the construction and real estate industry. The result of this work was confirmed as MSCI raised its rating on Adapteo to AA.

“I am proud of what all our employees have achieved during these two years. Adapteo is a much larger organization today and we are growing, despite the fact that the market has been challenging. Our circular business model is constantly evolving, and our goal is to become one of the leading companies in sustainability in our industry,” says Philip Isell Lind af Hageby, President and CEO, Adapteo Group

Other highlights during the two years:

Adapteo is a leading flexible real estate provider in Northern Europe. We build, rent out and sell adaptable buildings for schools, daycare centres, care, offices, accommodation and events. ​We know that our society will go through an immense change in the years to come. Whatever the future brings, we believe that adaptability is the best solution. With our buildings, we can transform, repurpose, scale up and scale down in a matter of weeks by using a modular and circular building concept. Our buildings can be used for a few days or indefinitely, always optimised for current needs. That is how we build adaptable societies.

Adapteo is listed on Nasdaq Stockholm and operates in Sweden, Finland, Norway, Denmark, Germany, and The Netherlands. In 2020, Adapteo’s Net sales were EUR 231 million.

Some of the cookies are required to provide you with the website, but some of them are to upgrade your user experience and voluntary to accept. Please select below if you accept us to process cookie data to enable and analyse the provision of third party functionalities (such as social media plugins) and improve your user experience by analysing your use of the website. You may withdraw your consent at any time.